Belize isn’t known for its Trangender community, but it has and they exist in villages like San Narciso, Corozal and express themselves in simply spaces to exercise their right to expression. This person reflected that expression in this beautiful costume at a small contest. 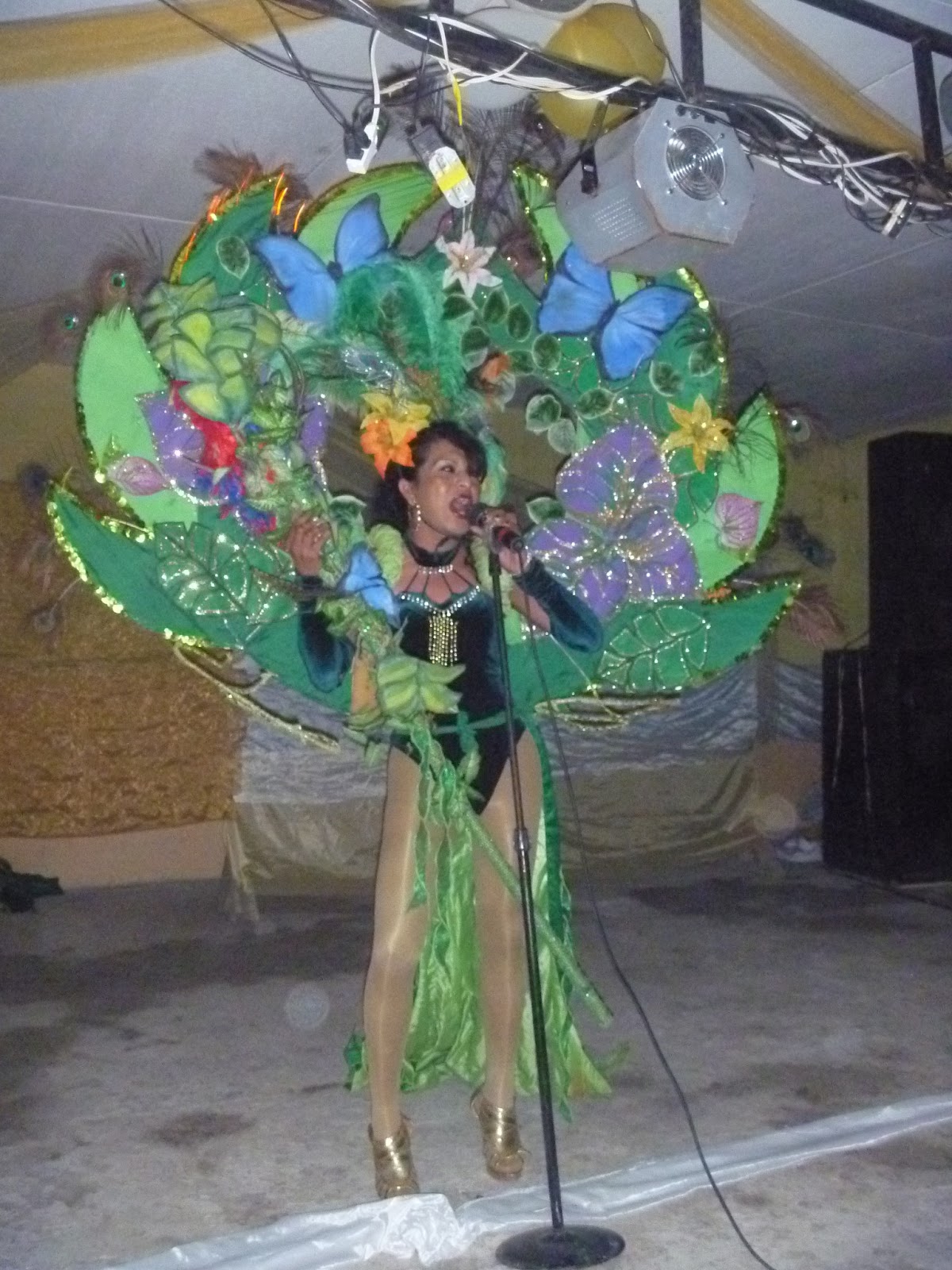 Belize laws as they currently stand allows individual to change their names to female or anything else they want, but does not allow them to change their sex on documentation. One person Mia Quetzal successfully change her name after being mistreated in Panama on her first trip forcing her to waiting 13 hours in the airport and then was mistreated at Piarco Airport in Port of Spain.

Other pageants follow prior to this. This one was at the Dream Club in Corozal. It was professionally done with judges from Chetumal and had quite a few people in attendance.Take a look at the girls and how proudly their expressed themselves at the event. Individuals have shown a propensity to be beautiful. Whether mix, mestizos or our population is very diverse ethnically. This person dressed in flowing gown and bright yellow highlight how much effort was put into her participation. 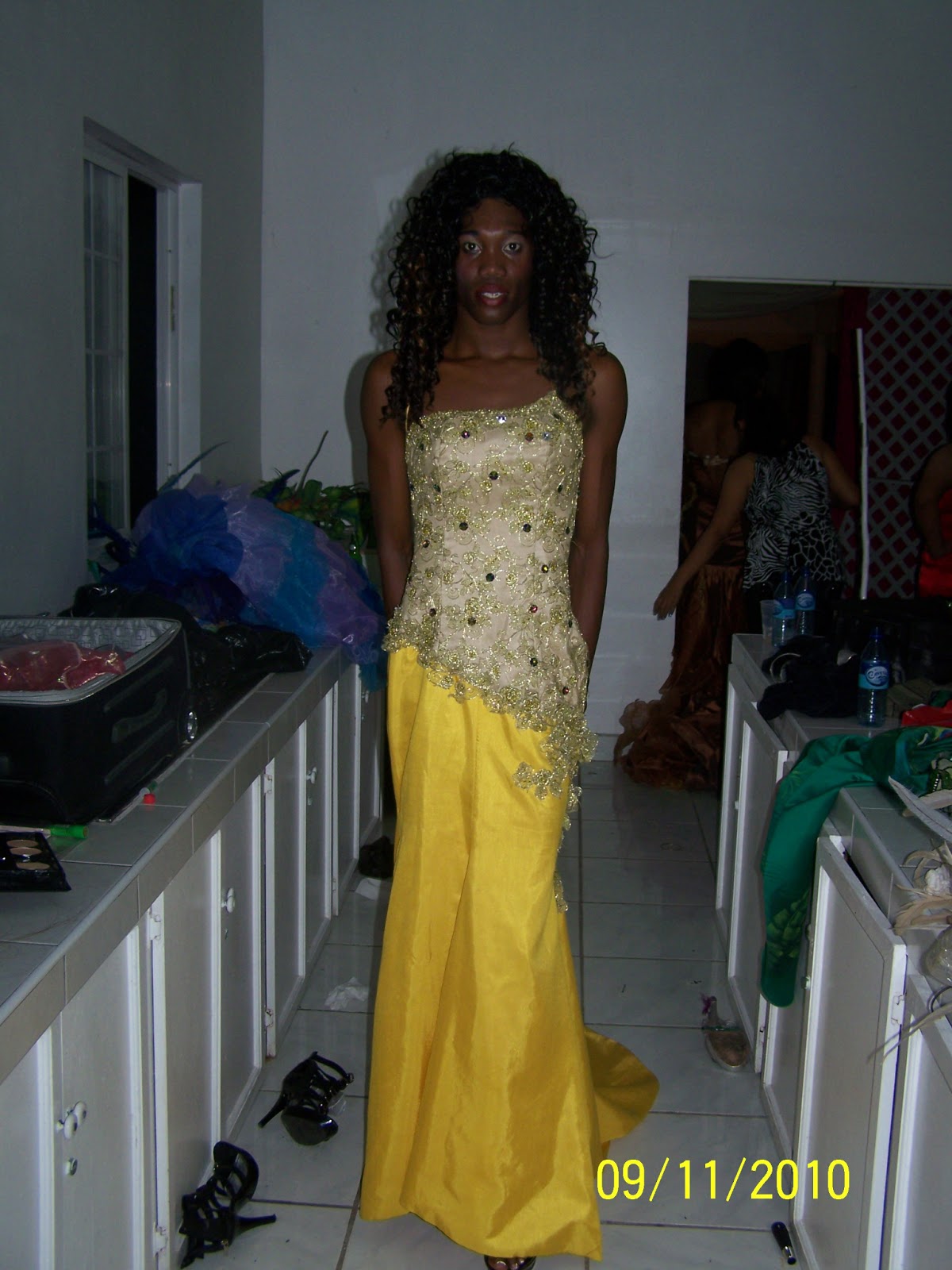 At house parties the community is awash with expression, most Belizeans will never see the poses and the comraderie that takes place at these pageants or house parties. At the house parties people pose in a vogue type situation to profile among friends outfits. Here is one example: 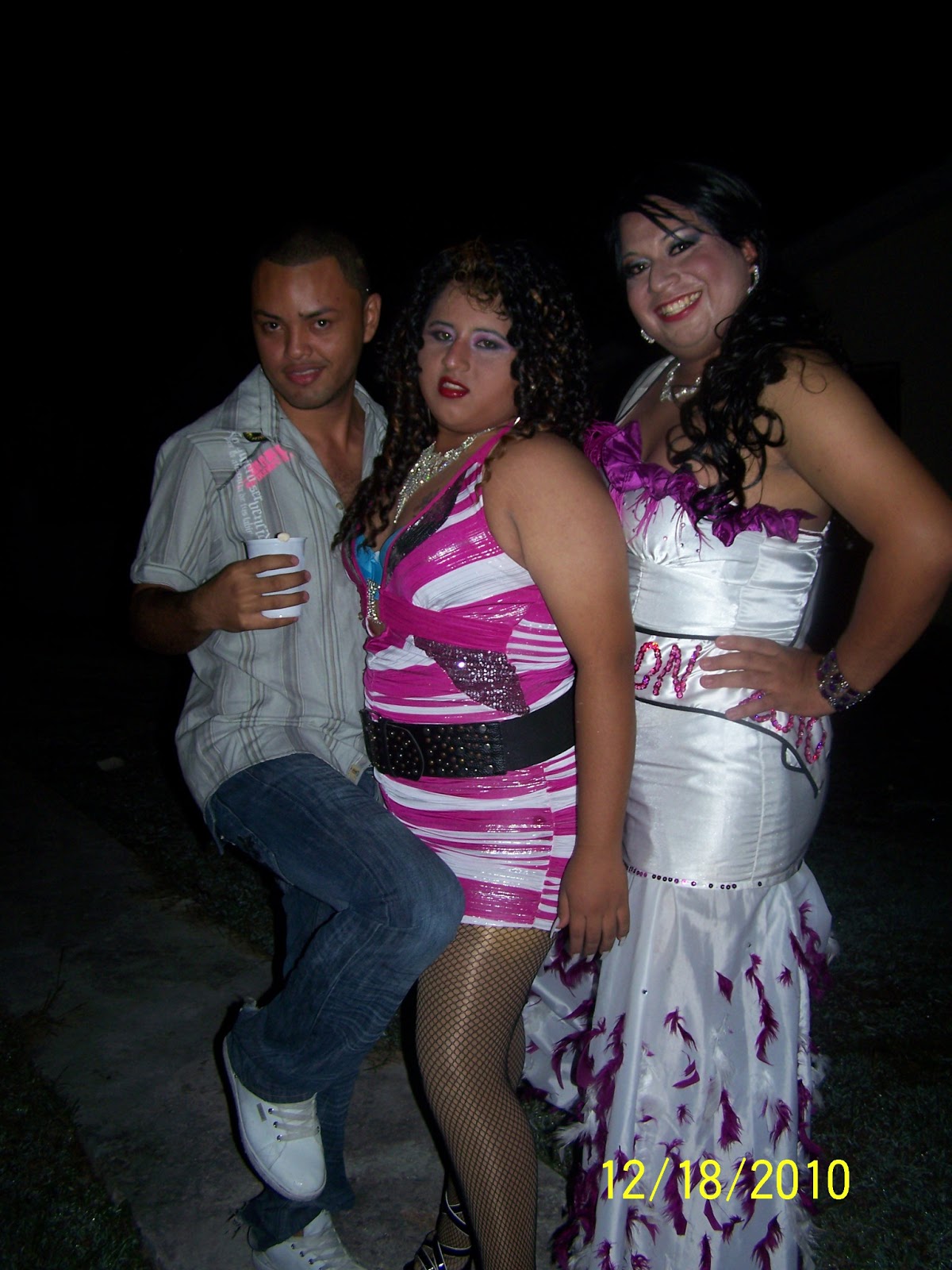 We don’t often think about the Belizean public, but when they are interested in a professional performance and to be entertained by the population. This pagent that was the first to be document of the two prior points out how many people are willing to be exposed to the trans culture in the northern part of the country. 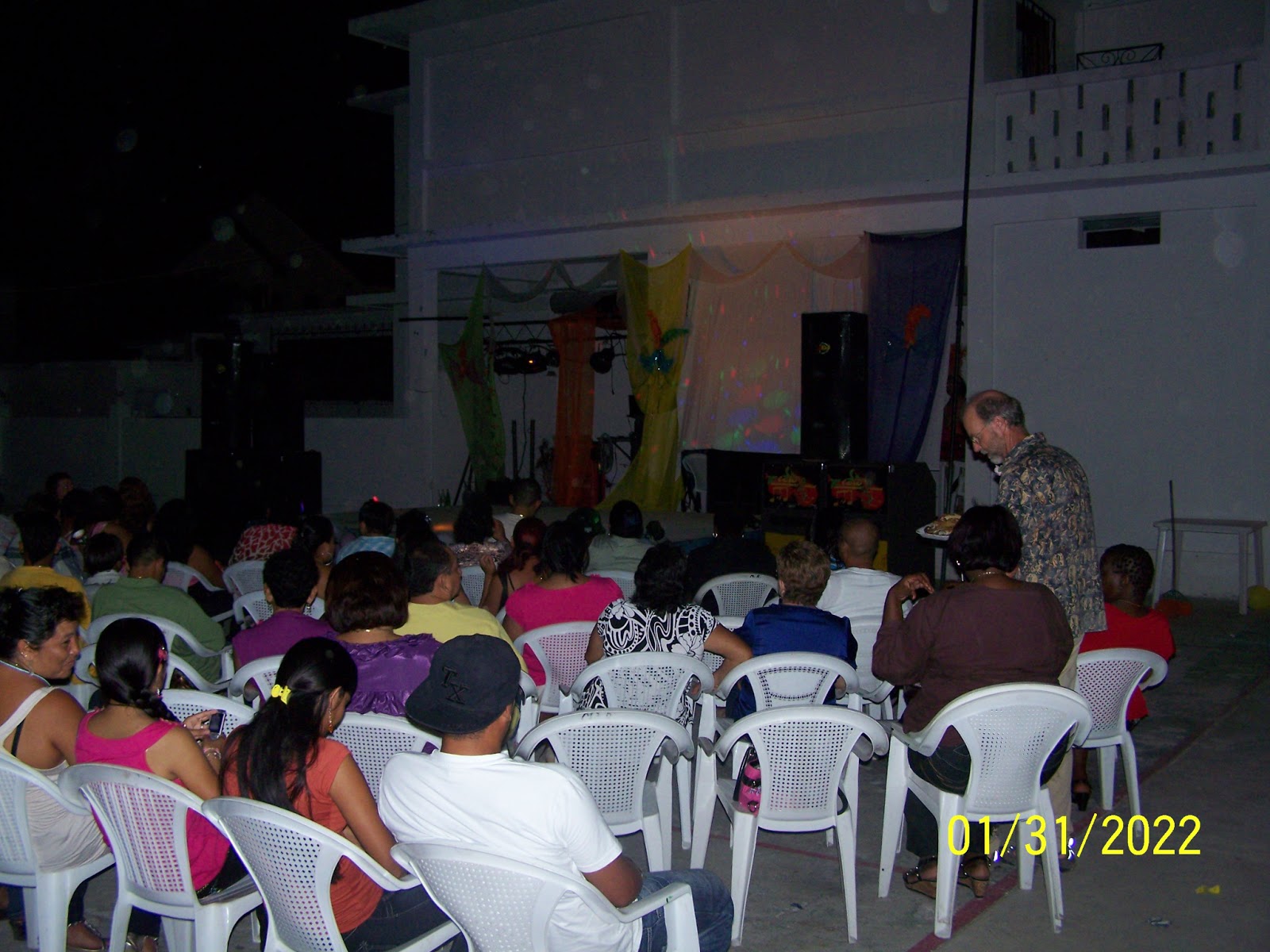 The full show was held at Radio Bahia, it had an emcee and was supported by security, the audience was from all over Belize who recognized the stage an an edutainment tool for the mostly straight audience which numbered over 100 persons. The ladies paused here as they announce the winner for the night. Most did for fun, but invisible to this discussion was one contestant that was speech challenged because he could not hear, but ho still participated. We look forward to the days ahead, when visibility is a none issue and movement is freely exercise with complete safety. 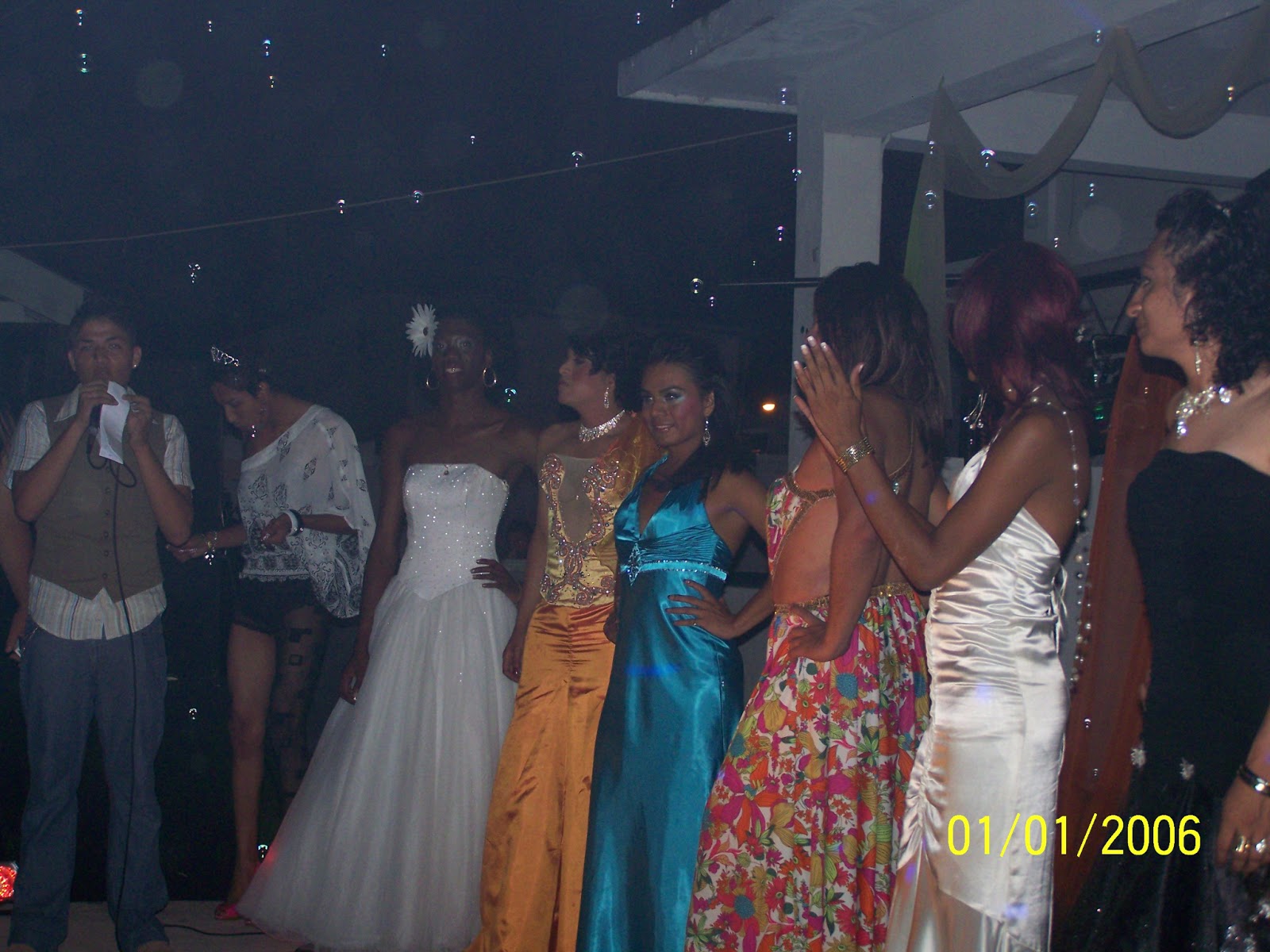 What was organized above were not the only shows for in 2006, channel 5 reported on a show that was calling out the drag queens. Here is how it reported it:
Dec 14, 2006

This next story needs little introduction other than to say that if you
are easily confused regarding issues of gender and sexuality you would
do well to stay close to home this Saturday night. Our entertainment
reporter has more.

Errol Swift, Organizer, Drag Queen Competition
“Da
just entertainment. The guys deh whe deh tek part, some ah deh straight
and some of them you know, but the bottomline da just clean fun. So
once you know you have a negative idea bout the guys deh, no come.”

According to organizer Errol Swift, the show will run like any other beauty pageant.

Errol Swift
“We
wah have the guys inna formal wear, inna deh two piece, inna deh
swimsuit, dat wah be a good thing fu the females and dat da bout it, the
judges wah deh deh. We me wah the audience be part of the judging you
know. I think the Drag Queen thing dah wah difference mein, I think
Belize should come out and see it.”

Drag queens took centre stage
in the Hollywood hit “The Birdcage” but with homophobia alive and well
in Belize, Swift admits marketing the event has been a challenge.

Janelle Chanona
“Have you had to do that, specify entertainment otherwise people neva meh ah support you?”

Reporting for News Five, I am Janelle Chanona.

Despite
what the flier says, this is in fact the second official Drag Queen
Competition to take place in Belize, the first being held at the Odyssey
Night Club. The show is set to take place at the Big Apple Night Club
on Regent Street West at ten on Saturday night. Entrance is fifteen
dollars.

What this coverage of a drag show tells us is how much of our history we have been losing to Belize because so much of us are living our lives as public secrets. In coming years, its my hope we can document and right more about these issues. This included the 2012 show in San Pedro where persons were brought in from neighboring countries to perform. See below: 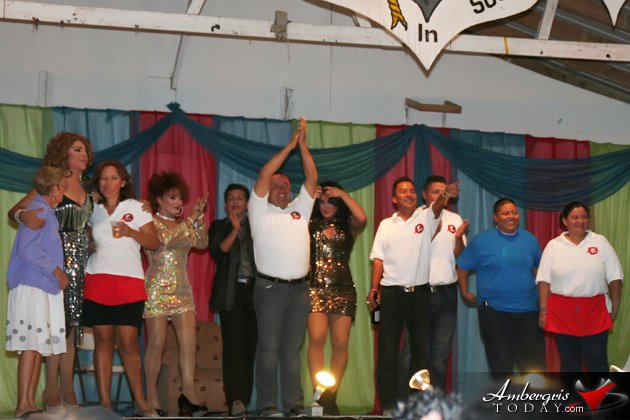